Review in press: Christina B. Hanhardt 2013 Safe Space: Gay Neighborhood History and the Politics of Violence 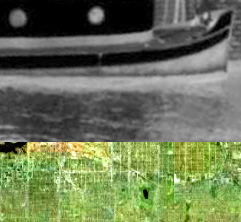 Any arc of identities, subcultures and alliances that has made such spectacular social and political gains, as have lesbian, gay, bisexual, and transgender (LGBT) populations in five short decades across half the world, must have made some exceptional comprises with the state, powerful economic interests, and the turn towards neoliberalism. Yet this field of how certain LGBT political formations have been accommodated by, and sometimes collaborated with, the elites of metropolitan political economies has remained exceptionally under-researched. Moreover, topics involving the questions of the mixed impacts of LGBT activism in contemporary political economies remain largely ‘unfundable’ in the scholarly mainstreams of contemporary political science, urban planning, sociology, and even cultural geography. Emerging from this vacuum, Christina Hanhardt’s Safe Space is a courageous and almost paradigmatic development. Hanhardt’s argument is that while much of successful early LGBT activism depended on coalitions with other marginalised urban populations, by the late 1970s a kind of ‘militant gay liberalism’ created the ideological basis for LGBT municipal politics to drop the coalition-building, especially with blacks and Latinos, in favour of a new ideal for safe neighbourhood space that played into both the hands of real estate speculators gentrifying San Francisco and Lower Manhattan and advocates for quality of life policing and today’s high rates of incarceration.

A line of thinking was initiated with Jasbir Puar’s 2007 Terrorist Assemblages: Homonationalism in Queer Times where the egalitarian patinas of some LGBT alliances was exposed as covering policies and apparatuses that actually functioned quite the opposite. ‘Pinkwashing’ has became a term for the cynical use of supportive positions towards some LGBT populations while actually oppressing other groups such as Palestinians or LGBT people of colour. But aside from rhetorical analyses of contradictions in broad national policy, this line of critique of ‘homonationalism’ has more often been poorly substantiated. By focusing on the urban processes in central neighbourhoods of New York and the San Francisco Bay Area, Safe Space represents something of a methodological breakthrough. Hanhart deftly illuminates a line of more principled LGBT positions and alliances, especially with people of colour, stretching back a half century – along with many more instances of quiet betrayal by white activists couched in a preoccupation with street violence.

Safe Space is almost paradigmatic because the work is something of a transitional and often muddled project loyal more to the only partially convincing research methods and analytical frameworks of cultural theory. Hanhart is successful in confirming a half-century dynamic of genuine coalition-building between white LGBT activists and a range of political formations organized by people of colour (some of which were LGBT) being regularly subsumed by alliances dominated by urban elites that in turn regularly marginalized and displaced more vulnerable inner city populations (some of which were LGBT and more often were people of colour). But with all of her copious notes and research, the author barely engages in the critical operational dynamics of gentrification within the context of shifting metropolitan politics. Safe Space only sketches rhetorical positions, opportunism, and moral vacuums, whether well-voiced or obscured as in the case of key local politicians nearly all still active in the Democratic Party elite, along with some of their more perennial backers, the real estate developers. In this way, Safe Space opens an invaluable window on five decades of urban cultural history and political cultures for some now very expensive urban neighbourhoods (so exclusive that large portions of the white LGBT populations have more recently been pushed out). But without a more serious engagement in the research methods and analytical work of political economy, urban planning, or cultural geography, Safe Space more often reduces itself to another American story of idealism, hype, and betrayal. Hanhart’s avowed scepticism of empirical data in general, while being rather selective in her choice primary and secondary sources, for example largely eschewing key records on municipal policy-making, begs a deeper critique of the bias and abuse in earlier social science research rather than her current attachment to the kind of queer utopianism that begun to be articulated by the late José Esteban Muñoz. But then Safe Space is so well researched, and somewhat under-theorized, that Hanhart has effectively committed herself to a much longer investigation that will invariably uncover many new sources, some more quantitative and spatial.

At times a bit shrill, Safe Space can best be read along with Sarah Schulman’s 2012 The Gentrification of the Mind: Witness to a Lost Imagination and Amin Ghaziani’s 2014 There Goes the Gayborhood? Both of these monographs are more cogent while based on less careful and passionate research than Safe Space. Hanhard’s first book suggests the beginning of an important new turn in LGBT and urban studies warranting subsequent works engaging in a wider array of sources and many more years of the kind of creative investigations that she could only have begun under the rubric of American Studies.

This entry was posted in reviews. Bookmark the permalink.